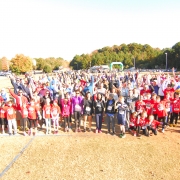 One important element missing from my run Saturday morning, other than oxygen in my lungs, was music. Spotify is my most-used app and I have a playlist for just about everything, so of course I had customized tunes to cover the sound of my heavy breathing. However, Lisa and I both decided to do the Rotary 5k with no accompanying soundtrack. Instead of zoning out, I was painfully aware of the time passing and forced to reckon with my thoughts. One of the more humbling being the recognition that, as I’m doing my best to run these 3.2 miles as quickly as possible (side note: it was not that quick), many women in the world spend an inordinate amount of their day collecting water. UNICEF estimates that women and girls spend 200 million hours a day collecting water1. While it did seem that it would take me roughly that long to finish this course, considering both the loss of economic productivity and the opportunity costs of this statistic is just heartbreaking. 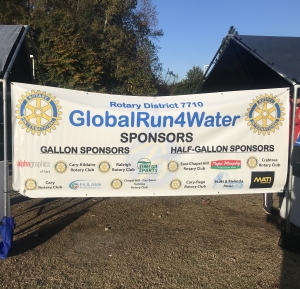 This 5k has become an annual tradition for us to support the Cary Rotary Club’s Global Run for Water, but this year was even more meaningful, as MeterSYS has recently launched our own fundraising initiative to sponsor the building of a water station in India. Jogging along, I felt acutely aware of my fortune. I’m blessed to be healthy enough to have (mostly) run this race. I’m incredibly grateful for Lisa, who is wonderful to work with and who is willing to do something like this with me on a Saturday morning. And I feel lucky to work for a company willing to support a cause I whole-heartedly believe in.

If you’re looking for a non-profit to support this holiday season, please consider donating to our Water Works campaign, where we are raising $50,000 to construct and sustain a clean-drinking water station in Sangareddy, India. Recognition that we can affect change, even in a community on the other side of the world, even against a problem as intractable as clean water access disparity, makes continuing to do nothing no longer an option.

Receive a FREE, customized estimate of AMI costs for your utility!

Get my Free estimate