As leak problems can grow more complex to solve, utilities and the private industry have been rising to the occasion with old and new tricks. Water loss rings so important to water utilities, because of the resources invested in treating water to simply be lost in the infrastructure compromises the bottom line, stakeholder interest, and the water resource being delivered to the customer. Today, two new methods have been developed to deal with water loss that will be highlighted. 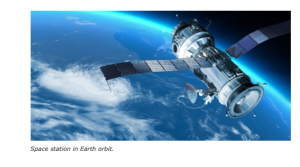 To start, Utilis is an Israeli company that continues to gain global notoriety with its satellite-based leak detection technology. In the month of February, Utilis was given the honor of being the most innovative company in Israel. The satellite technology works by emitting microwaves on the surface of the Earth that penetrate the surface by 3 meters or 9 feet. The microwave signal is ‘bounced’ back to the satellite with varying signatures that identify which parts of the surface have treated water in the soil. Then, this information is relayed from the satellite back to the surface of Earth in the form of geographic information system (GIS) maps that can be viewed on computers and mobile devices. This is so beneficial to utilities, because these limit ‘blind checking’ that usually occurs across thousands of miles of water main pipes, reduces resources expended to close leaks, and sustainably helps conserve water resources for the future. 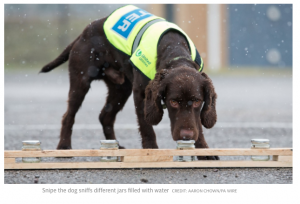 Meanwhile in the United Kingdom, an old tool is emerging, dogs. Snipe is a 16-month old Cocker Spaniel being used by United Utilities in Northwest England for water main leaks in its infrastructure. United Utilities supports 3 million homes, has 42,000 kilometers of pipes, and fixes 27,000 leaks a year with 140 full time personnel members. Snipe was trained by Ross Stephenson and his partner Luke Jones for drinking water detection based on trace chlorine being present. This is possible, because tap water usually contains 1 part of Chlorine per million parts (PPM) and a dog’s nose threshold is around one part per billion (PPB).  In the field, Snipe will, “sit and stand and stare where the source is…[and]… stay there for 30 seconds, a ‘passive indication’.” United Utilities is excited about Snipe, because despite their current leak detection technology, England is a very wet country and puddles often will create false positives in leak detection automated systems.

These are great examples of how regional water scarcity or abundance can create different complications in water leak detection. The creativity of private industry and public utilities to solve these problems is to be commended and speaks to a bright future for water conservation. 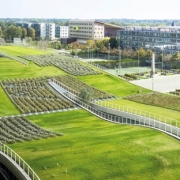 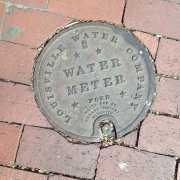 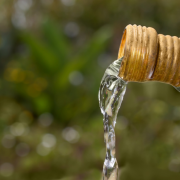 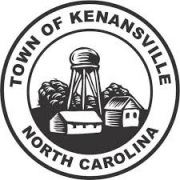 Town of Kenansville Now Another Metering as a Service® Partner 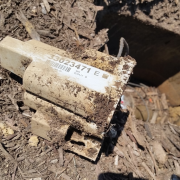 Town of Fuquay-Varina Selects MeterSYS for Phase 1 Implementation of AMI
What is in Your Drinking Water?

Cybersecurity and the Modern Water Utility
Scroll to top

Receive a FREE, customized estimate of AMI costs for your utility!

Get my Free estimate